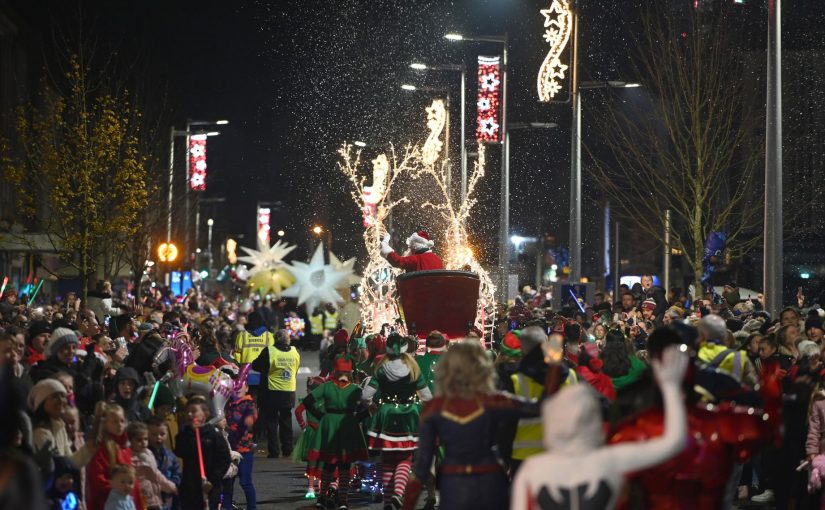 An estimated 60,000 people turned up to witness the 2019 Swansea Christmas parade. Spread across the city centre, they saw hundreds of local people take part in the parade as the festive season was ushered in.

The event formed part of the 50th anniversary city status celebrations. There were marching bands, colourful floats, festive film characters, Christmas inflatables, Santa in his sleigh and some special effects. There were young performers from Swansea drama and dance groups. Local choirs and vocalists entertained city centre visitors at performance points as spectators awaited the arrival of the parade.

It was an early start for the Total Sound Solutions crew as we had to build two separate stage areas, complete with lighting, sound and power but we also had to fit 9 P.A. systems to performance floats as well as setting up portable speakers for smaller attractions. Once again, we also projected the “50th” logo onto the castle and used it as a backdrop at the second stage.
Our team were on hand during the parade, looking after the various choirs and acts on the two stages as well as walking with the parade, ensuring that the mobile and portable PA systems were functioning as they should.
A very long day ended with a complete strip down of all areas, handing the city back to the council the same night.